Vegan Event Hub loves working with journalists around the world to share our compelling, unique stories. If you are a member of the press or a blogger please take a look at our MEDIA PACK and to propose a feature, please email press@veganeventhub.com

We only respond to media enquiries via this mailbox. If you are an event seeker or organiser, the best way to reach us is by emailing hello@veganeventhub.com 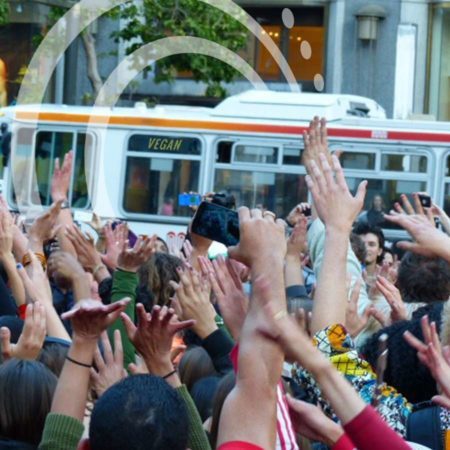 Packed full of a diverse range of events including animal rights and welfare, campaigns and demonstrations, festivals, food and drink, online events, knowledge and academic, social, sound and vision, spiritual, travel and holidays. Vegan Event Hub enables event seekers to find events anywhere in the world and event organisers to gain international promotion for their vegan events on a professional platform.

Karen White Founder of Vegan Event Hub says, ‘We’re now in the middle of a vegan event explosion in continents and cities around the world. Veganism is gaining momentum as people become aware of the benefits to their health, the lives of animals and our environment.’

‘Veganism is now reaching millions of people internationally through a diverse variety of vegan events.’

‘Use Vegan Event Hub to find out what’s happening near you. Events include everything from vegan yoga retreats to punk music festivals, vegan cruises to camping, vegan cycling groups to speed-dating and cake parties, vegan university conferences to animal rights gatherings.’