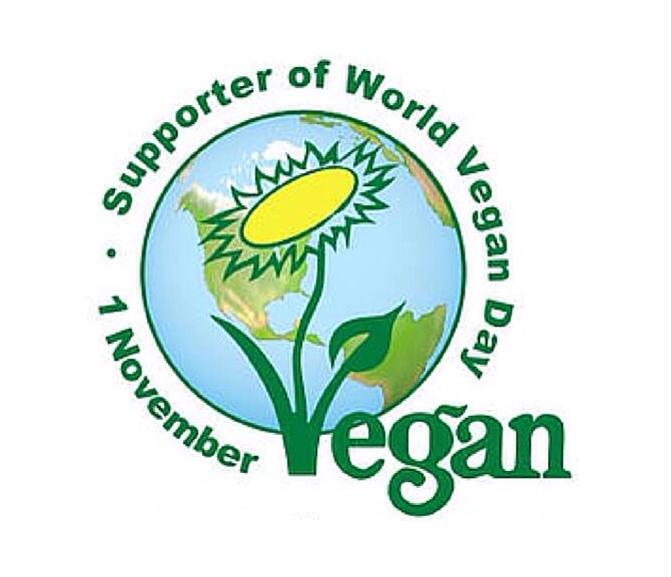 World Vegan Day is celebrated internationally! If you are organising an event, hit PROMOTE at the top of the page and we’ll give you a Vegan Event Hub account FREE of charge. (One per organisation, group, charity or business). You can then register and promote all your events here on Vegan Event Hub. We’d love to support you and help the world gather to celebrate and activate veganism.

World Vegan Day is an annual event celebrated by vegans around the world on 1 November. It was established in 1994 by Louise Wallis, who was then Chair of The Vegan Society, United Kingdom, to commemorate its 50th anniversary and in 2014 the 70th anniversary of the terms ‘vegan’ and ‘veganism’ and the establishment of The Vegan Society.
Vegans around the world come together to celebrate the benefits of veganism for human health, animals and the environment. They hold street stalls about veganism, host vegan potluck events and plant memorial trees for World Vegan Day.
Speaking in 2011 Louise Wallis said: “We knew the Society had been founded in November 1944 but didn’t know the exact date, so I decided to go for 1 November, partly because I liked the idea of this date coinciding with Samhain/Halloween and the Day of the Dead – traditional times for feasting and celebration, both apt and auspicious.” Wikipedia.