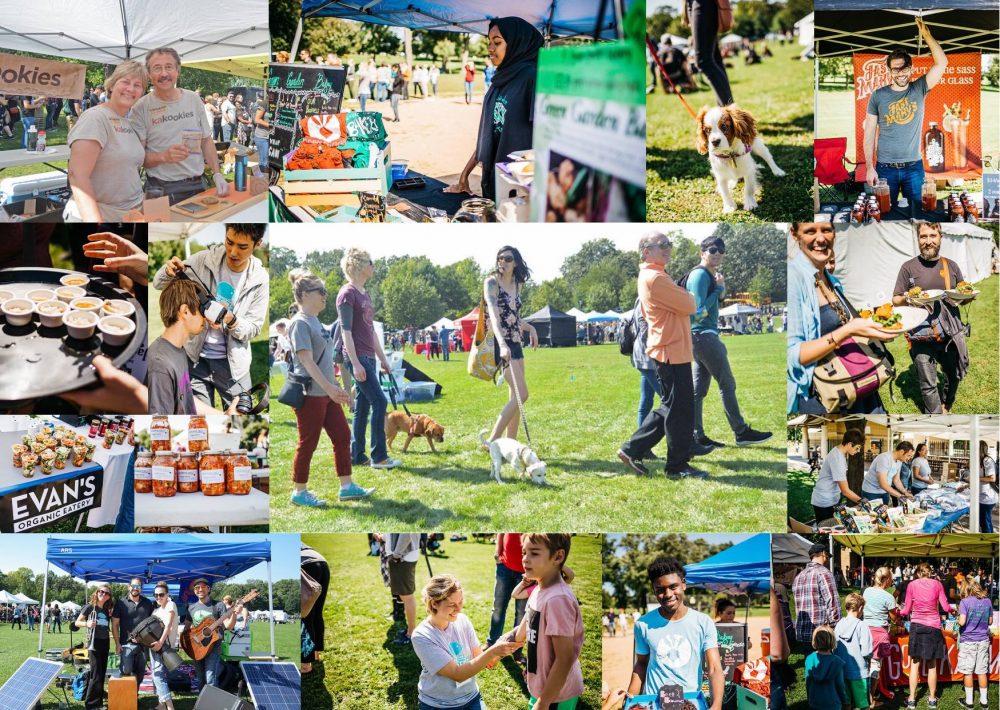 Twin Cities Veg Fest 2017 was glorious and huge with more than 7,000 in attendance; 3000 people more than the year before!

We look forward to riding this momentum for continued growth into 2018 and beyond. We’ll be working to ensure that we can provide all of the resources needed to satisfy the bigger crowds. That means we’ll have more exhibitors and a different layout that allows for shorter lines.

And though Como Park was lovely, we’ve decided to take the festival to Harriet Island in 2018 for a number of reasons.

More room to grow
Easier load-in for exhibitors
One large, better-equipped kitchen
More accessibility via light rail to shuttle service at Union Depot
More parking for people with disabilities
We’ll also get to move away from the zoo at Como Park, which increased traffic and felt in conflict with our mission to help animals.

We’re already recruiting for planning committee members, and soon we’ll be on the lookout for sponsors and exhibitors. If you’re interested in being a part of Twin Cities Veg Fest 2018 in any of these ways, please contact Laura Matanah at laura@exploreveg.org.

Twin Cities Veg Fest is a project of Compassionate Action for Animals.

The Twin Cities area of Minnesota is the political, cultural, and economic capital of the Upper Midwest and along with the Chicago and Detroit metropolitan areas forms the core of the North Coast region of the United States.

The name ‘Twin Cities’ comes from the region’s two core cities, Minneapolis and Saint Paul, which border each other share many of the same political, educational, and cultural institutions – so are considered twins.