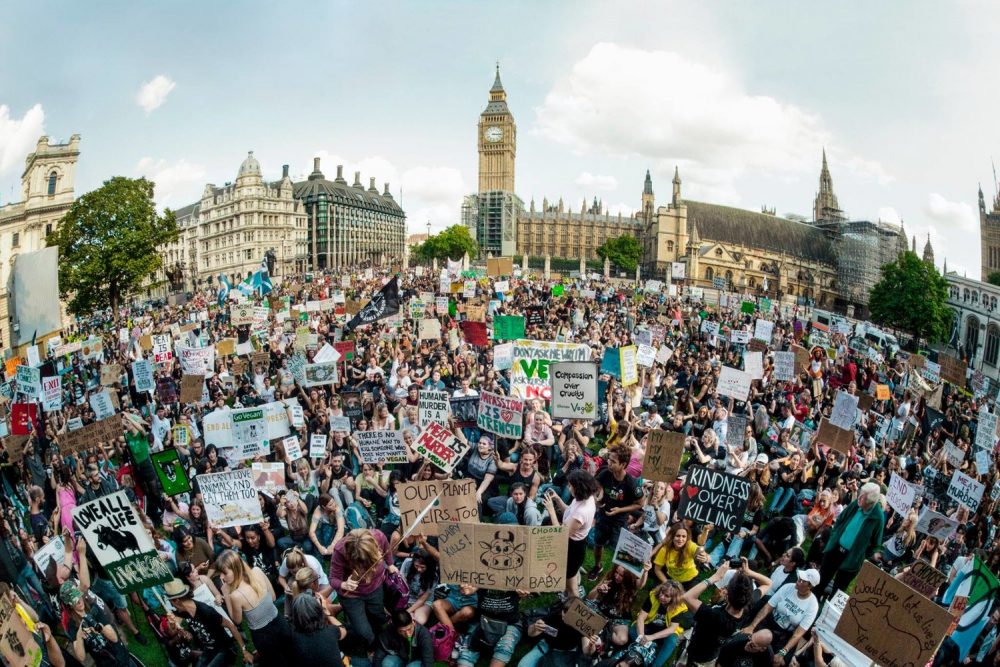 UNITE FOR THE ANIMALS!

The Official Animal Rights March is an annual vegan march founded by UK animal rights organisation Surge. The march began in London in 2016 with 2,500 vegans and in 2017 the march doubled to 5,000 vegans marching in London for animal liberation.

In 2018 we want to see THOUSANDS MORE vegans taking over the streets of London, demanding an end to all animal oppression.

In order to make this march bigger than ever before, we need your help. Invite your friends, tell every vegan you meet, this is the day that we unite, where we stand up, rise up and say no more, not in our name.

This march will be bigger, bolder, brighter and louder than any year prior. The future is vegan, but we must continue to speak out on behalf of the animals until the day that their suffering ends.

The meeting point is Millbank, SW1P 3JA and the route will be posted closer to the date of the march.

Save the date, spread the word – and let’s make history for the animals.

Surge is an animal rights organisation determined to create a world where compassion towards all non-human animals is the norm. Our aim is to spread awareness, educate the public and assert a peaceful stance against animal exploitation. Surge is committed to positive community building, teamwork and the abolition of animal use. Surge asserts that animal oppression is not a matter of welfare, it is a matter of liberation.