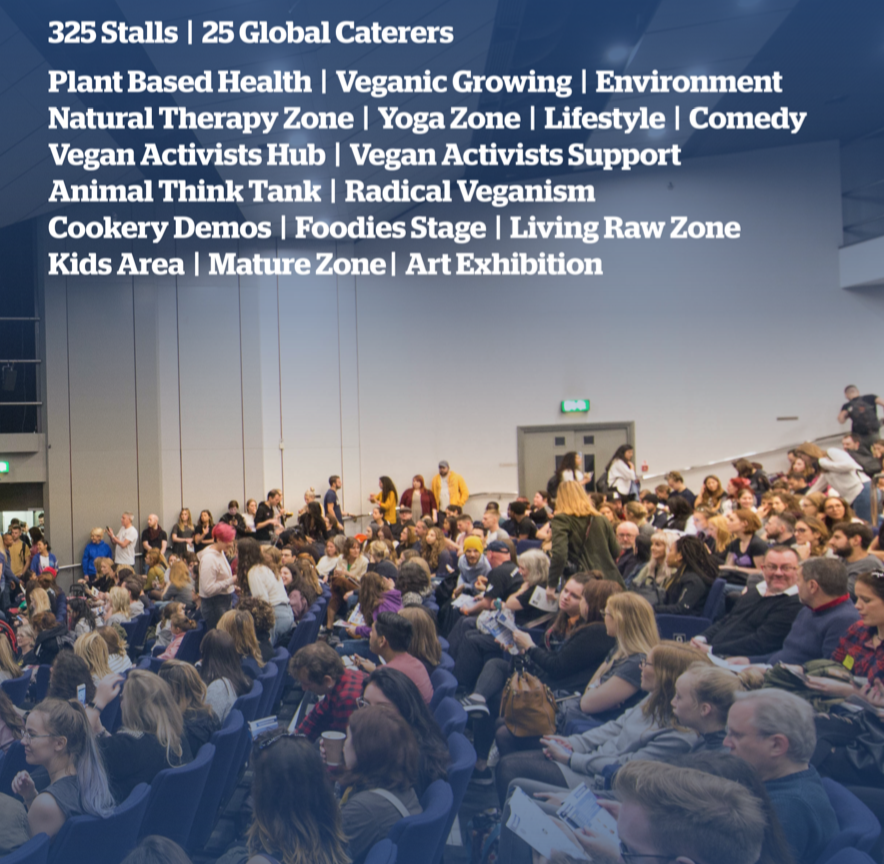 The UK’s biggest vegan festival – VegfestUK London returns to Olympia London on the weekend October 26th & 27th 2019 with a series of dynamic and interesting special guests and features.

“We’re absolutely thrilled to see the return of VegfestUK London to Olympia London for the 7th year running,” said the organisers.

The 2018 event attracted a record-breaking 280 exhibitors, around 150 speakers and around 14,000 visitors in total over the weekend. With the sharp rise of interest in all things vegan at the moment, expect the 2019 event to be even busier than ever before.

Advance tickets are expected to be on sale in August 2019.

Buses
Olympia London is served by buses 9, 10, 27 and 28, all of which stop outside the venue on Hammersmith Road. The route are as follows: No. 9: Aldwych to Hammersmith No. 10: Archway to Hammersmith No. 27: Chalk Farm to Stamford Brook No. 28: Wandsworth to Harrow Road

Trains
Kensington (Olympia) station is adjacent to the venue and is served by London Overground (one stop from West Brompton or Shepherd’s Bush), Southern Trains and London Underground, District Line (weekend days and for some weekday events).